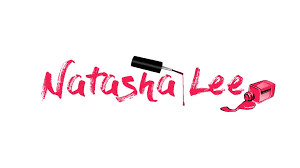 My Family and Autism by Natasha Lee from the NAS

Natasha Lee is a YouTuber and Blogger from North Wales. Here she shares her experiences of being a Mother to three autistic sons; Michael, 20, James, 10 and George, five, and why she supports an Autism Bill for Wales.

My three boys are the perfect example of how wide the autism spectrum is as their autism presents very differently in each of them. Being an ASD parent is isolating.  There’s no sugar coating it. From the moment you try to get an assessment you become a warrior going into battle. Every parent tries to do the best for their child, but for us, it’s essential that we have access to the knowledge and support that our children need. With dwindling financial support for Autism, our kids can become cost saving collateral damage, not the valid members of society for which they should be recognised.

You would think that having gone through the diagnosis process once, it would be easier but that wasn’t the case for us. For my eldest – Mike, although we knew that he was autistic, it wasn’t until he was 19 that we were able to get an official diagnosis. My 10 year old James was diagnosed at 2 years old. James had a number of physical disabilities and was referred to a paediatrician who fortunately picked up on the need for an autism assessment. I’m so grateful for that because early intervention is key. George, my five year old, was our least expected diagnosis.  He had hit the key milestones through his first 18 months and even though I kept saying that I found him hard, I kept putting it down to having three kids and trying to run my own salon and YouTube channel.

We were supported along the way by some amazing professionals. However, we have also been let down, including by some professionals who were totally dismissive and completely disinterested.

What I have learnt over the past 16 years, is that accessing an assessment has become harder than ever. We’ve been left on waiting lists for years without the support we needed. No matter how hard you research and fight, it’s like you turn a corner and hit a brick wall. It would have helped our family to have clear and consistent pathways to getting a diagnosis and professionals who understood their needs. It shouldn’t be a battle and it shouldn’t take so long.

One of the best sources of support we are lucky enough to have is James and George’s school. Help and support from professionals who truly understand autism has enabled them to thrive in an environment that suits them, with James now able to fully access the curriculum and identified as more able and talented. However, I am so fearful of James going to high school next year and losing this support. There needs to be consistent training for the professionals involved to be able to offer exactly the right support both in school, and during transition to high school.

My eldest son Michael is now 20 and we’ve been struck by how little support there is around for autistic adults. When he left high school at 16, we were dropped overnight by those supposed to be supporting us. It was down to me and my husband to try and find college courses that Mike would be able to access, and fight for the support he would need to help him get through.

Only 17% of autistic adults are in full-time employment and after our recent experiences, I’m surprised it’s not lower. Trying to find apprenticeships and traineeships with a vocational approach was met with closed doors yet again.  Mike desperately wanted to work and support himself, but the jobs that were on offer focused on his difficulties not his strengths.

Mike was always crazy about streetlights and dreamed of working for the local council as one of their streetlight engineers. We fought to get him work in the council and last year Mike started a traineeship with the council with a view to a full-time job at the end.

In February, Mike moved into his first home. It’s been and continues to be exhausting, as there is no help or support available to us. His Dad and I have had to do everything ourselves, researching, emailing, making calls – just to enable Mike to live his best life.

There is no help out there for those like Mike. I didn’t think anything could be harder than trying to get a diagnosis and support, but these past four years of Mike’s life have been the most isolating, scary and frustrating, all because of the lack of support and information.

We shouldn’t feel like David fighting Goliath (although we all know that David won!). My boys have dreams and aspirations and I will do everything I can to help them. This Bill could mean that I no longer have to feel like a warrior going into battle at every step and that every other autistic person in Wales has access to the services and support that they need and deserve.

My boys are Superheroes with Superhero brains. Every Superhero deserves a sidekick and for my boys, it’s name is Bill.