The Montessori method of educating toddlers and pre-schoolers has been used to support people with dementia in the US and Australia since the late 1990s. Now the pioneering aged-care system which prioritizes independence and individuality is on its way here. 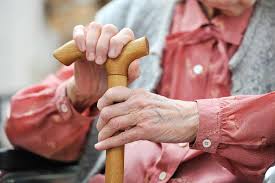 Anne Kelly, an Australian nurse and aged-care expert, is helping to spread the message in the UK. The registered nurse has over 37 years of experience in elderly care and believes “seeing with Montessori goggles” will bring radical improvements to current care models which she says ‘need to improve the quality of life, and not just quality of service’ for dementia residents.
Dementia and infantilism
Ms Kelly explains that any care ideology which talks about older people and pre-schoolers in the same breath is likely to raise eyebrows from many in the elderly care community. For years, leaders in aged-care have been trying to get away from traditional care language comparing dementia residents to infants.
She says: “People with dementia are not ‘good boys and girls’. People are adults. We have worked very, very hard in aged-care to get elderly people treated as adults and not children. This is why sometimes people in aged-care cringe at the word Montessori, because they attach it to children.
“I’ve had many people say to me, ‘Isn’t Montessori about children? And my answer is, no it’s not, it’s the philosophy that transfers over; that same philosophy that says children need choice, meaningful engagement, a sense of high self-esteem. We need that at any age!”
Indeed, the dictionary definition of retrogenesis, a key aspect of dementia, is the “degeneration of faculties in Alzheimer’s disease in the reverse order of that in which they were developed as a child”. 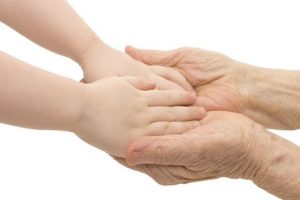 However, this is not a reason to treat people with dementia like children, says Ms Kelly. Instead, she is emphatic that Montessori for the elderly is not about infantilizing elderly people with dementia but rather enabling them by increasing their independence.
If patients are still able to learn how to do things through repetition using procedural memory, then they will be able to gainfully occupy themselves within the care home environment with day to day tasks.
According to Montessorian aged care principles, people with dementia need to be able to learn to do things for themselves rather than be waited on, or indeed, treated like infants.
Ms Kelly is particularly dismissive of plastic bibs and unnecessary spoon-feeding. She says: “I don’t know if it’s an issue here, but in Australia, if you have a diagnosis of dementia then for some reason you get plastic cups to use, because they think people are going to break them. Doing things like this is how you rob people of their dignity”

In opposition to this approach, Montessorian aged-care is rehabilitative and requires taking a step back and observing. It is not about ‘over-caring’ – a trap that many domiciliary care workers and relatives can also fall into, according to Ms Kelly.
The nurse believes that many people who work in the care industry are task orientated and try hard to provide a good service; this is well meant but can lead to taking away the individual’s ability to do simple things like feed themselves or fetch things.
‘A paradigm shift’ in dementia care

Her seminars at the Maria Montessori Institute are winning her plenty of new converts. In the front row of her talks are nursery teachers looking after elderly relatives, care home activity organisers, care home managers and occupational therapists; many of whom will take away that knowledge and begin to sow the seeds of Montessori aged-care on British soil.
Ms Kelly’s approach, although very motivational, clearly comes from someone who has worked extensively in aged-care, and who has seen a lot of change in care environments over the years.
In the Montessori Institute’s training facilities, Ms Kelly starts off the day’s talk by stating how a Montessorian approach requires ‘a paradigm shift’ in thinking about dementia care. “You can’t just do Montessori in the afternoons,” she says. 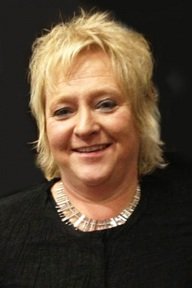 Maria Montessori was an Italian physician and childcare pioneer at the beginning of the 20th century. The relatively short amount of time she spent studying children with special needs in Italian state institutions brought unexpected results. Her pedagogy is now widely practiced in early years settings globally and is becoming ever more popular.
The Montessorian pedagogy centres around child-led development. Observing the child’s behaviour within its environment is central. Being led by the individual, using the strengths of each child and utilising the environment to support learning and development are all key.
Another important aspect of this teaching is setting up activities for children around their own strengths and weaknesses. One of Maria Montessori’s most famous quotes was “help me do it myself”, and this way of thinking fits very neatly into the area of dementia care.
‘Residents will cling to their independence no matter what’
Ms Kelly refers in her seminars to two types of long-term memory. There is declarative memory which includes the kinds of things you learnt at school – facts, events, world knowledge, or even something such as the date you got married. This is the first type of long-term memory to go if you have dementia.

However, procedural memory is ‘learnt’ by constant repetition and includes things such as skills, habits, and most importantly for elderly care, priming. This type of memory is unconscious and automatic and can be used to help those with dementia to relearn certain tasks which they might now struggle with.
This is done via a technique called ‘spaced retrieval’, which is a type of repetitive priming for those with dementia and other types of memory loss.
It also helps distinguish which patients have the capacity to learn. Do they have any long-term memory left? Are they able to learn through procedural memory? If the answer to these questions are yes, then the patient will then be able to learn to do things for themselves via their procedural memory, giving them back dignity and a reason for living.
Doing things for themselves will enable residents to find self-initiated tasks and activities within the environment rather than purely stick to a traditional activities programme, as Ms Kelly explains: “Most activity programmes in aged-care run Monday to Friday, between 9 and 5, and people with dementia need activities at 2 am in the morning; they need activity on a Sunday afternoon and Saturday morning. So, we need to set up environments where activities are available 24-7.” 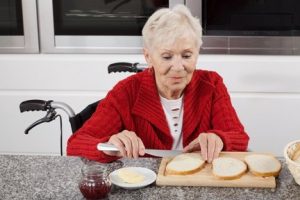 Montessorian aged-care ‘activities’ are very different from those normally found in care homes and are more akin to those traditionally associated with an occupational therapist rather than an activities coordinator. ‘Jobs’ set up in the environment keep residents gainfully occupied rather than let them slip into a bored malaise outside of the hours of traditional activities.
If someone has advanced dementia, they can still join in, as they will often be able to do repetitive tasks such as folding napkins for lunch, using the small amount of procedural memory they have left. And this they will do, says Ms Kelly, as retaining independence means so much to people with dementia, no matter how severe their condition.
She says: “Residents take tasks very seriously indeed and will cling to their independence no matter what”. She believes that those with dementia instinctively know, even in their most reduced state, that losing their independence will lead to their eventual physical and mental decline.